Nell Fortner and her experienced staff will run each camp, with the rest of the staff being made up of current players as well as some of the finest college and high school coaches in the area. We take pride in providing each participant with high quality instruction and close supervision. 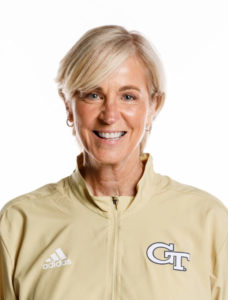 She has led teams to Big Ten (Purdue – 1997) and Southeastern Conference (Auburn – 2009) championships and coached the U.S. national team to three international titles, including the gold medal at the 2000 Summer Olympics in Sydney, Australia.

Prior to her arrival on The Flats, Fortner held head coaching positions at Auburn (2004-12) and Purdue (1996-97), as well as the U.S. National Team and Indiana Fever. She has also served as an analyst for ESPN for nearly 10 years. 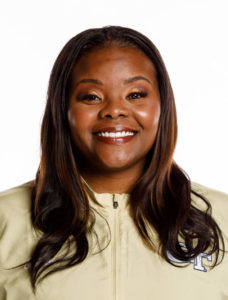 During her time at LSU, Butts was part of four 20-win seasons and six NCAA Tournament appearances highlighted by back-to-back Sweet 16 runs in 2012 and 2013. Butts helped return LSU to national prominence in 2018 when the program cracked the AP Top 25 poll for the first time in four years. 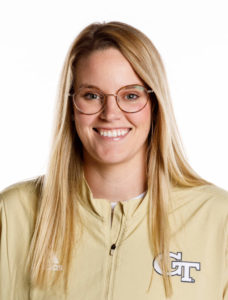 Blanche AlversonAssistant Coach
Blanche Alverson joined the Georgia Tech women’s basketball staff as an assistant coach in April, 2019. Alverson arrived on The Flats after spending two seasons in the same position at USC where she helped helped ink the No. 5 recruiting class in the country that included a McDonald’s All-American, two Gatorade State Players of the Year, four state champions and a honorable mention all-America.

Prior to her time at USC, Alverson served one year at New Mexico State as an assistant coach when the Aggies won their third-straight Western Athletic Conference Tournament Championship in 2017 and finished the season undefeated in league action and earning the conference’s automatic bid to the NCAA Tournament. 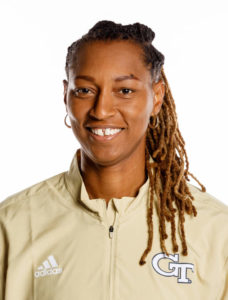 A WNBA veteran and collegiate All-American at Florida, Page brings a decade of collegiate coaching experience to The Flats. In three years at Central Michigan (2017-’20), Page helped the Chippewas to a 78-20 overall record, two NCAA Tournament appearances, including a run to the 2018 Sweet Sixteen, three Mid-American Conference regular season championships and the 2018 MAC Tournament championship. 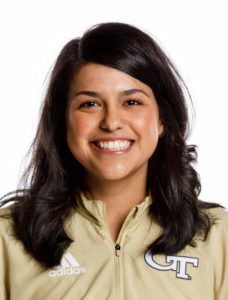 Villarreal spent last season in the same role at Central Michigan University, where she coordinated travel logistics, game day operations and assisted with marketing, managing the budget and compliance regulations. 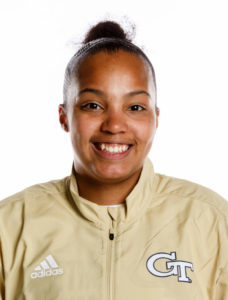 Sydney DurrahVideo Coordinator/Director of Creative Content
Sydney Durrah joined the Georgia Tech women’s basketball staff as director of video in June 2019. She begins her third season with the Yellow Jackets in 2021-22.

Durrah arrived on The Flats after spending the last two seasons as the video coordinator at The Ohio State University. With the Buckeyes, Durrah cut film, created edits and operated all video for the team. Additionally, Durrah created content for the program’s social media platforms and served as the liaison between the program and marketing/fan experience. 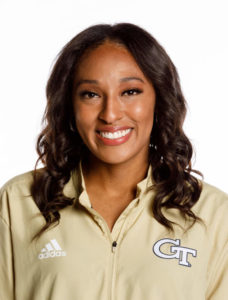 Cortnee WaltonDirector of Recruiting Operations
Cortnee Walton joined the Georgia Tech women’s basketball staff in June 2019 in recruiting operations. She begins her third season with the Yellow Jackets in 2021-22.

A five-year letterwinner at Louisville (2012-17), Walton was a two-year starter for the Cardinals and helped the program to a Final Four, Elite Eight and two Sweet Sixteen appearances. After graduating in 2017 with a master’s in sport administration, Walton remained on the sidelines in a new role as sideline reporter for ACC Network Extra covering women’s basketball and men’s and women’s soccer for the Cardinals. 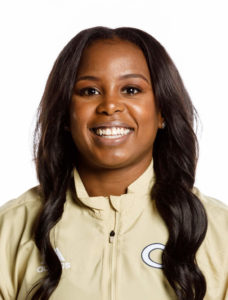 Shannon JacksonStrength Coach
Shannon Jackson joined the Georgia Tech Athletic Association as a player development coach in July 2022. Jackson, who will work directly with women’s basketball, comes to The Flats after serving as the director of strength and conditioning for Olympic sports at Jackson State University.

The Birmingham, Ala., native spent the last two years at Jackson State where she worked primarily with men’s and women’s basketball, volleyball and soccer. While with the Tigers, Jackson was responsible for program design and implementation, including aspects of strength, speed, agility and conditioning training. She designed sport-specific protocols to maximize athletes performance potential, while utilizing sports science technology and equipment. 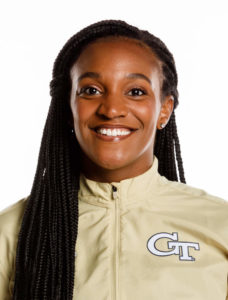